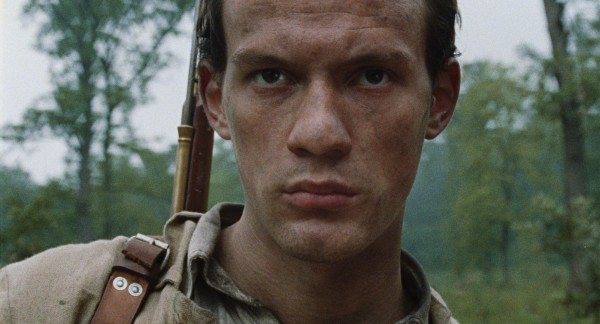 Hungarian film director and screenwriter György Mór Kárpáti studied at the Directors’ Department of the University of Theater and Film Arts in Budapest. His short films Forest and Provincia have been screened at major international film festivals such as Berlinale and Cannes (Berlinale Shorts and Cinéfondation). Guerilla is his first feature film.

It’s August of 1849, and the Austrian forces are crushing down the Hungarian rebels, who took up guns to gain independence from the Habsburg Empire. Barnabás is desperately searching for his militant brother amidst a summer landscape inhabited by atrocity and beauty. As he comes across his injured brother’s retreating unit, Barnabás is forced to join the guerillas, carefully withholding that he had avoided the military draft. A pervasive and minimalistic portrait of empty shells of men and women, living on borrowed time, on the edge of looming defeat. A sensorial tale of lingering death, devoid of any pseudo-heroic ambiance.