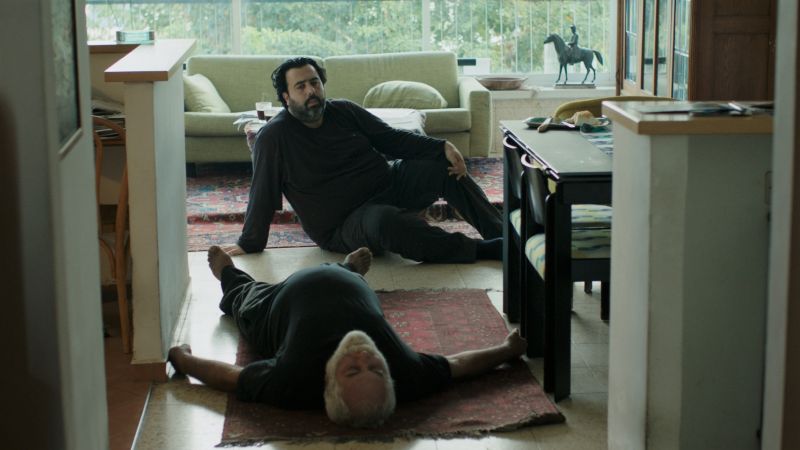 A director tracks his father’s final days with a handheld camera, striving to freeze time and arm himself against the impending grief. The dying father is unsentimental towards the unavoidable end, dismissing any commemoration. A hybrid blend of fiction and facts, tinged with autobiographical references, where cinema crashes upon the walls of reality. A plangent and self-reflexive journey that juxtaposes the everlasting flow of time against the fleeting moment of death, seeking inner catharsis.

Dani Rosenberg is a director and writer who graduated from Sam Spiegel Film School, Jerusalem. His award-winning short films have been screened in dozens of international film festivals, including Cannes Cinéfondation Competition (Fence, part of the Border Project), Berlinale International Short Competition (Susya and Don Quixote in Jerusalem), Clermont-Ferrand, Oberhausen and FIPA in Biarritz (The Red Toy), HotDocs and IDFA (Susya). He also created acclaimed television series (Queens and Milk & Honey which was adapted in Germany and purchased by Channel 4), co-created a documentary (Zohar, The Return), and most recently adapted God of Vengeance for Israel’s leading theater The Cameri. The Death of Cinema and My Father Too is his first feature film.

The Death of Cinema and My Father Too