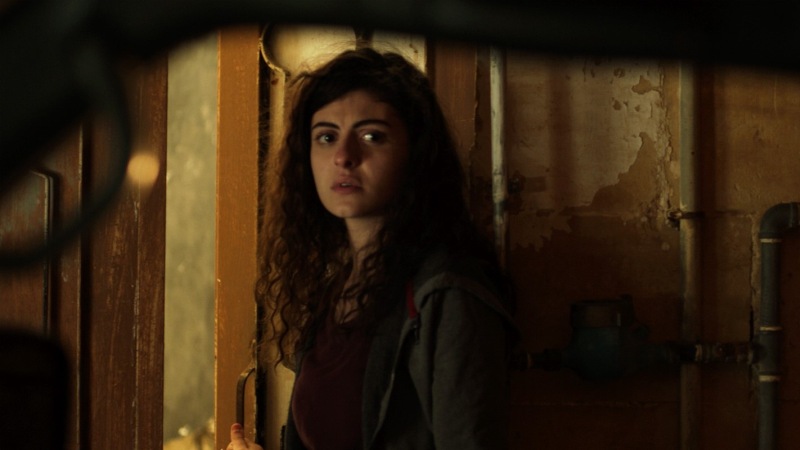 Amira, a 17-year-old Palestinian, was conceived with the smuggled sperm of her imprisoned father, Nawar. Although their relationship since birth has been restricted to prison visits, he remains her hero. His absence in her life is over-compensated with love and affection from those surrounding her. But when a failed attempt to conceive another child reveals Nawar’s infertility, Amira’s world turns upside down. A sensitive microcosmic exploration of the division and xenophobia that exists in today’s world, and at the same time a fascinating portrait of a powerful woman and a whole country in an impasse.

Mohamed Diab is a prominent Egyptian Filmmaker who began his career as a screenwriter. His work has achieved commercial success in the Middle East as well as international Acclaim. In 2010 he made his directorial debut Cairo 678, about a trio of female vigilantes who fight sexual harassment on the streets of Cairo. In 2016, he followed up with the Cannes Un Certain Regard opener Clash (2016), an action-packed political thriller shot entirely from within the confines of a police truck. His latest film Amira (2021) centers around the phenomenon of Palestinian prisoners conceiving children through smuggled sperm. The Disney+ and Marvel Studios series Moon Knight marks his US directorial debut.