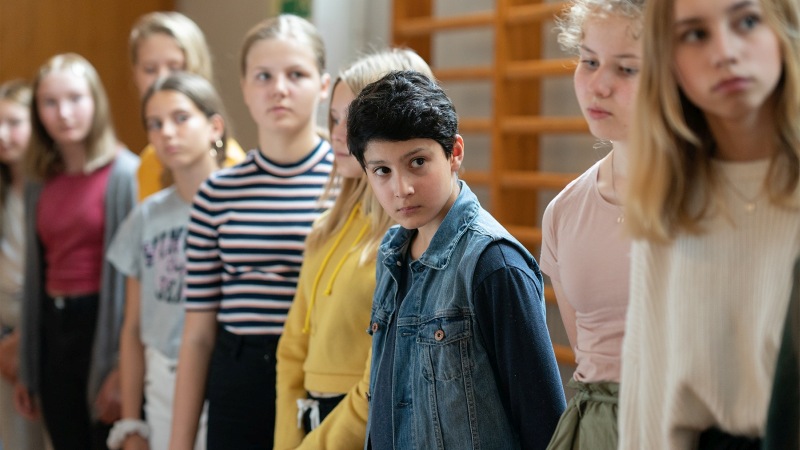 13-year-old Ramin Mehdipour and his Iranian family have been living in a refugee center in Finland. Just as Ramin starts to enjoy the school holidays, the family receives the terrible news their asylum application has been denied. The Mehdipours file a final appeal, and they continue with their everyday lives, trying to keep a positive attitude despite the looming danger of deportation. As Ramin starts the new school year, every moment, every friendship will be more precious than ever.

Hamy Ramezan is a Finnish-Iranian film director and screenwriter. Having fled persecution in Iran, and survived Yugoslav refugee camps as a young boy, Ramezan and his family arrived in Finland in 1990. He graduated from the film school at UCA, Franham in 2007 and has since completed several short films. His short film Listen (2015) premiered at Cannes Directors’ Fortnight 2015, has been screened at over 200 festivals, and was nominated for Best Short Film at European Film Awards. Any Day Now is his feature debut.