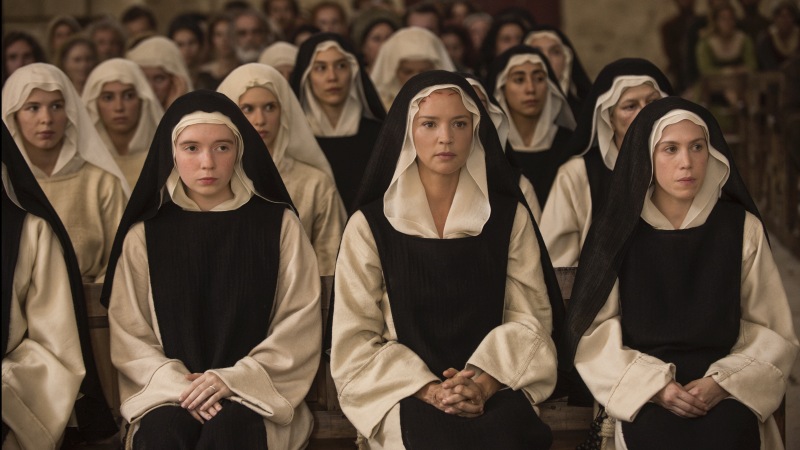 “To scandalize is a right, whereas to be scandalized is a pleasure. And those who refuse to be scandalized, are nothing else than moralists.” Tireless Paul Verhoeven has arguable sworn eternal allegiance to this famous quote by Pier Paolo Pasolini, as he has come up once again with the way to challenge society’s most sacred taboos, drawing inspiration from the life of Benedetta Carlini, a 17th-century nun who was sentenced to prison. In a monastery in Tuscany, a passionate love affair between two nuns triggers a series of dramatic events. Virgine Efira and Daphne Patakia star in a sensuous drama that permeates the depths of the human soul.

Paul Verhoeven (1938) is a Dutch director and screenwriter active in both the Netherlands and Hollywood. His blending of graphic violence and sexual content with social satire are trademarks of both his drama and science fiction films. Turkish Delight received the award for Best Dutch Film of the Century at the Netherlands Film Festival. Verhoeven’s films altogether received a total of nine Academy Award nominations, mainly for editing and effects. The Seattle Times praised Verhoeven by saying, “director Paul Verhoeven often appears to be a one-man Dutch movie industry.”