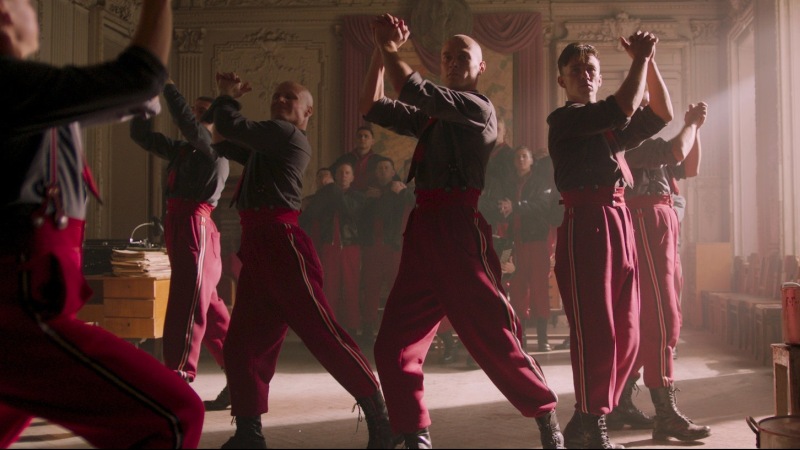 Captain Fyodor Volkonogov, a well-respected and obedient USSR law enforcer, witnesses his peers being suspiciously questioned. Sensing his turn is approaching, he escapes and is soon on the run, hunted by his former colleagues. Vulnerable and hopeless, Fyodor comes to realize what he had been part of, and that repentance is the only way for him to escape the eternal torment of Hell. But time is running out and the manhunt is closing in on him... A bleak yet delightful parable alluding to the existentialist tragedies (and redemptions) of Fyodor Dostoevsky, the absurdism of Nikolai Gogol, and the proto-magical realism of Mikhail Bulgakov.

Natasha Merkulova (1979) and Aleksey Chupov (1973) formed a writing/directing duo in 2013, in their debut Intimate Parts. The film received over 30 awards and nominations in Festivals such as Karlovy Vary, Fort Lauderdale, and Tallinn Black Nights. In 2018, the second feature The Man Who Surprised Everyone was selected to the Horizons Competition, Venice International Film Festival, where it won the Best Actress award. In 2020, they wrote and directed the Call Center series that won the Best Script award at the Pilot FF. They're currently co-directing Anna K, a contemporary reimagining of Leo Tolstoy’s iconic novel Anna Karenina, for a Netflix’s original drama series.