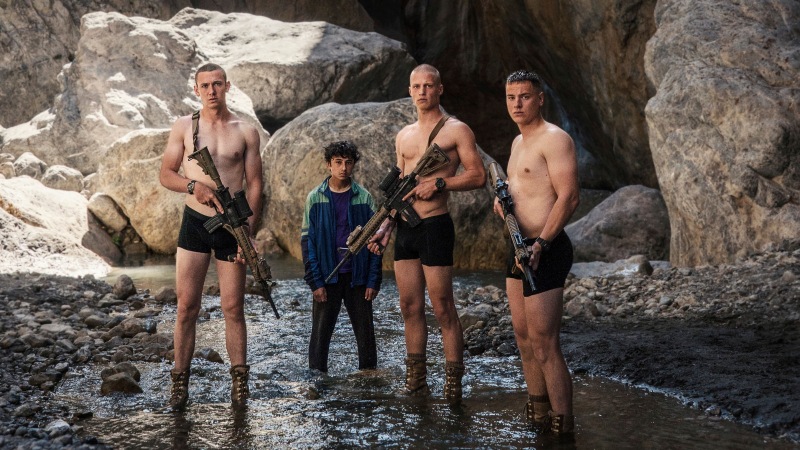 After the sudden disappearance of their superior, three young soldiers on a peacekeeping mission in the Middle East are left to guard a military vehicle by themselves. As their situation and the scorching desert heat renders them increasingly disconnected from reality, an encounter with a local boy escalates into a fight that will mark their lives forever.

Shariff Korver was born in Venezuela and grew up in Venezuela and the Netherlands. In 2011 he graduated from the Netherlands Film Academy with his film No Way Back. It won the Nassenstein Prize for Best Student Film and Scenes Debut Film Award. The film was selected for the official programs of the San Sebastian Film Festival and the Munich Film Festival and was awarded the Young CIVIS Media Prize by the members of the European Parliament. His debut feature film Infiltrant premiered at the Toronto International Film festival in 2014 and was selected for various other international festivals. Infiltrant won the award for Best Film and Best Director Award at the First Time Fest in New York. Shariff’s work can also be seen on television.