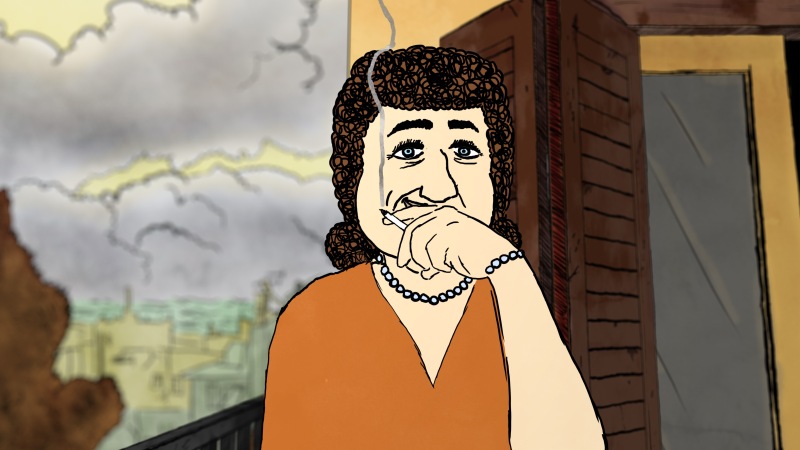 A middle-aged lady observes the world of an Athenian neighborhood from her balcony, getting mixed reactions from those she constantly watches; until she is no longer there and that world changes forever.