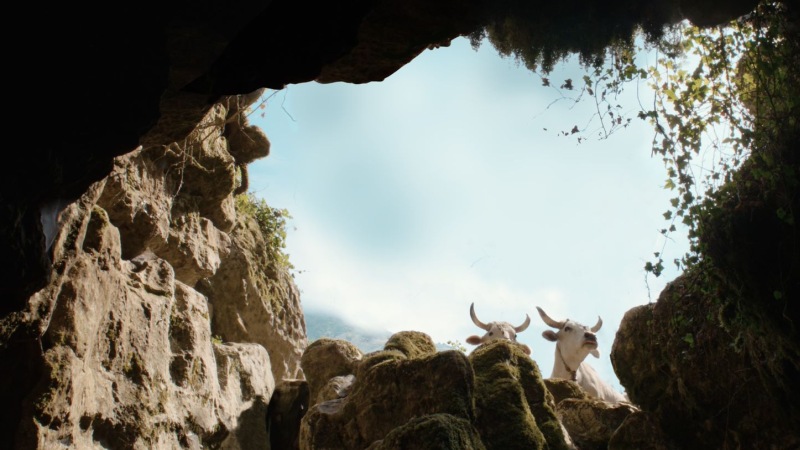 During the economic boom of the 1960s, Europe’s highest building is being built in Italy’s prosperous North. At the other end of the country, young speleologists explore Europe’s deepest cave in the untouched Calabrian hinterland. The bottom of the Bifurto Abyss, 700 meters below Earth, is reached for the first time. The intruders’ venture goes unnoticed by the inhabitants of a small neighboring village, but not by the old shepherd of the Pollino plateau whose solitary life begins to interweave with the group’s journey. Another work of nearly wordless organic beauty that touches on the mystical, the latest film by Michelangelo Frammartino chronicles a visit through unknown depths of life and nature and parallels two great voyages to the interior.

Michelangelo Frammartino was born in Milan in 1968. He studied Architecture at the Politecnico di Milano, where he developed a passion for the relationship between physical space and photographic images, video, and cinema. Frammartino’s debut Il Dono (2003), a no-budget feature film, shot in his parents’ village in Calabria, premiered at the Locarno Film Festival. It went on to win the Grand Prix at the Annecy Film Festival and the Jury Prize at both Thessaloniki and Warsaw. Frammartino’s second feature, Le Quattro Volte (2010) premiered in the Directors’ Fortnight at Cannes Film Festival. The film won the Europa Cinemas “Best European Film” Award in Cannes and the main prize at CPH:DOX, and was the 2010 Directors’ Fortnight “Coup de coeur.” In 2013, Frammartino’s installation Alberi, a 26-minute loop, premiered at MoMA PS1 and was subsequently shown at other museums, including Centre Pompidou’s 2021 Hors Pistes Festival.