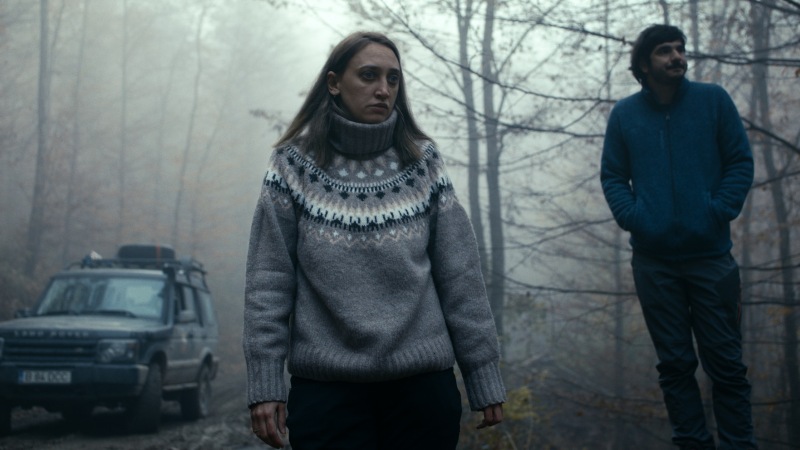 Maria, Dan, and Ilinca are on their regular end-of-the-year humanitarian trip organized together with a bunch of friends from work. They all drive in their big SUVs along mountain dirt roads to reach distant villages and offer their standard bags of goodies to the locals. On the way, they meet a lonely old man and agree to take him over to a sawmill where he supposedly works. But when their car gets stuck in a ditch in the woods, the sawmill proves to be abandoned, and they’re forced to spend the night together with the senile old man, their ideas about empathy and helpfulness start to be challenged.

Radu Muntean was born in Bucharest, Romania. He graduated from the Romanian Theatre and Film Academy – the Film Directing section in 1994. He has directed and written seven features and a documentary. His films premiered in Quinzaine des Realisateurs, Locarno International Film Festival, and Un Certain Regard, Cannes Film Festival. His films were distributed in several countries, being well received both by the audience and by publications such as Variety, Hollywood Reporter, Le Monde, and Le Figaro.