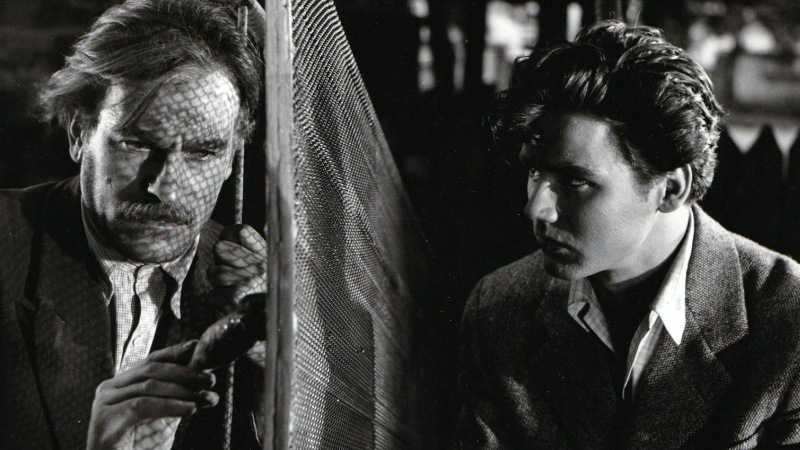 The fortunes of a group of partisans, after the triumph of the socialist revolution... A partisan unit is fighting a battle with the gendarmes. Velko stays behind to cover the group’s withdrawal. He has a small pistol with a mother-of-pearl grip. At the cost of his life, Velko helps his comrades escape to safety. Among the survivors are the commander Zhelyo, his wife, his son Pavel... Ten years later, Zhelyo has given up the prospecting expeditions for the sake of a comfortable managerial job. The former commander estranges from his comrades and spends his time, drinking with the sculptor Markov and Lyudmila, the daughter of a dispossessed industrialist. As a new Member of Parliament, Zhelyo has decided that a monument to Velko should be raised on the site of his heroic death, instead of having the iron ore deposits in the area developed and thus provide jobs for the locals. When Petko criticizes him for this, Zhelyo demands his expulsion from the Communist Party... Zeliazkova’s brave debut is the first film in the entire Eastern Bloc to criticize the corruption of the new postwar order, through a stark analysis of moral decay and the rupture between socialist ideals and reality.

Binka Zhelyazkova was born on July 15, 1923, in the town of Svilengrad, Bulgaria. She studied theater at the National Theater Institute in Sofia. For a brief time, she also studied theater direction at VGIK, Moscow, with theater professor Lobanov. Upon graduation, she began working as an assistant director at the National Film Studio in Sofia. Her career as a film director began in 1957 when she co-directed her first feature film Life Flows Slowly By… with her husband Hristo Ganev. At the end of the 1950s, Binka Zhelyazkova was one of the few women in the world making feature films. Her career developed during the period of socialist realism in Bulgarian cinema, which demanded the presentation of an idealized image of life as if it were a reality. This was to be done by means of simple plots and positive heroes. But hers was a counter-cinema to the accepted socialist realism, often challenging the restrictive rules set by the Communist ideological machine. Binka Zhelyazkova’s style was influenced by Italian Neorealism and the French New Wave, as well as Russian Cinema. The poetic and metaphoric imagery of her films often prompted critics to compare her to Fellini and Tarkovski. During her career, she directed seven feature films and two documentaries. Four of her nine films were banned from distribution and reached audiences only after the end of communism. She was the director of the Bulgarian section of Women in Film, an organization created in 1989 after the international women in film conference, KIWI, in Tbilisi, Georgia. She stopped making films after 1989, which coincided with the fall of the communist regime in Bulgaria. For some time after that, she remained active in the women in film organization but soon completely withdrew from public life.

Bulgarian filmmaker, screenwriter. and director Hristo Ganev was born in 1924. A partisan during WII, from 1944 on he worked in film production as a director and screenwriter. In 1971 he was expelled from the Bulgarian Communist Party along with several other writers after refusing to condemn Alexander Solzhenitsyn’s work for his Nobel Prize for Literature. Ganev is the screenwriter of several iconic Bulgarian films: We Were young, The Swimming Pool, The Big Night Bathe, and many others. He was married to Binka Zhelyazkova (1923–2011), with whom he made these and other films. In 2011, Ganev received the state award “St. Paisii Hilendarski” for his outstanding contribution to the development of Bulgarian film art. He passed away in September 2021.