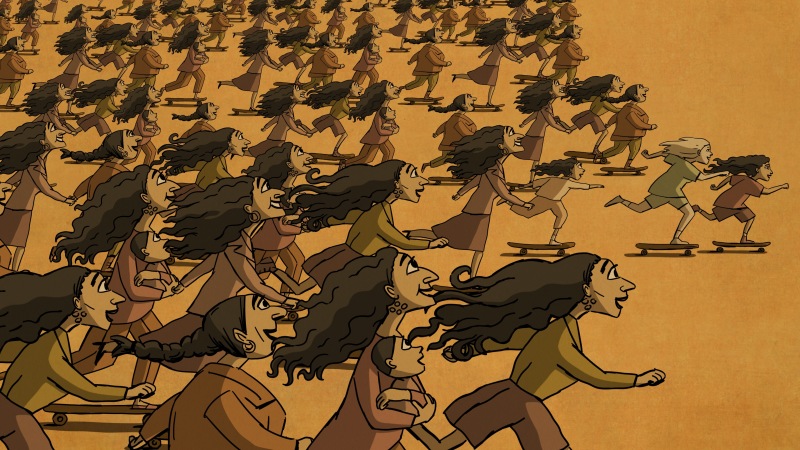 When a Czech woman falls in love with an Afghan man, she has no idea about the life that awaits her in post-Taliban Afghanistan, nor about the family she is about to join. A well-crafted and almost alarming animation about the intersection of love and war, personal will and cultural clash, devious cinematic play on human commitment at all costs.

Michaela Pavlátová was born in Prague, Czech Republic. In 1987 she graduated from the Academy of Arts, Architecture, and Design in Prague. As an animation film director, her films have received numerous awards at international film festivals, including an Oscar nomination for Reci, reci, reci/Words, words, words. Besides her work for film, Michaela made animations for theatre performances in LaFabrika Prague. She teaches animation in the renowned FAMU academy in Prague, while she also taught at VSUP / Academy of Arts, Architecture, and Design in Prague, and abroad – in San Francisco (Academy of Art College, Computer Arts Institute, CCAC), and at Harvard University.