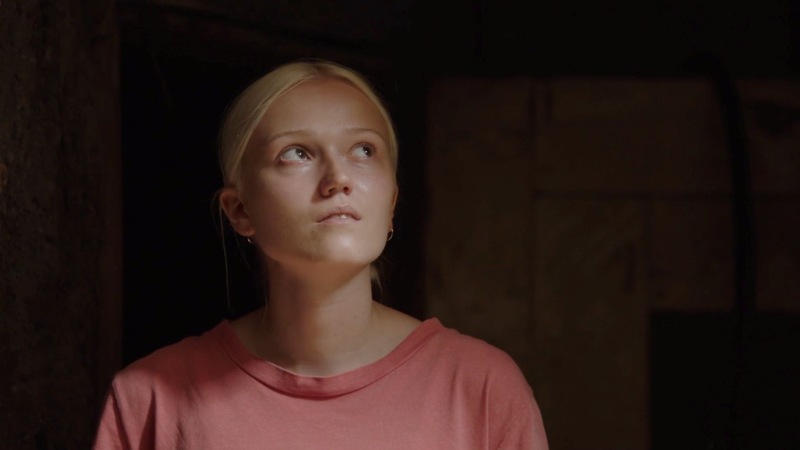 Two ex-lovers who have lost track of one another meet again on a road trip to a small town where a gruesome crime was committed – an incident that left an indelible mark on their own lives. Layer after layer, the truth unravels and the couple revisits their unsettling past in a desperate attempt to heal their shared trauma. A fixating drama that wakes up our inner ghosts, urging us to imagine all that occurs on the sidelines.

Laurynas Bareiša was born in Kaunas. He holds a bachelor’s degree in both applied mathematics from Vilnius University and cinematography from the Lithuanian Academy of Music and Theater. In 2016, he completed his studies for a master’s degree in film directing. His first short film Dembava (2014) premiered at Tallinn Black Nights Film Festival and made it to the Top 5 list of Cineuropa. That was followed by The Camel (2016), By the Pool (2017), and Caucasus (2018), which premiered in Venice and Locarno film festivals. His short film Dummy (2020) premiered at Berlin Film Festival and played at more than 15 festivals worldwide including (Clermont-Ferrand, Palm Springs, and Trieste). Pilgrims is his feature directorial debut.