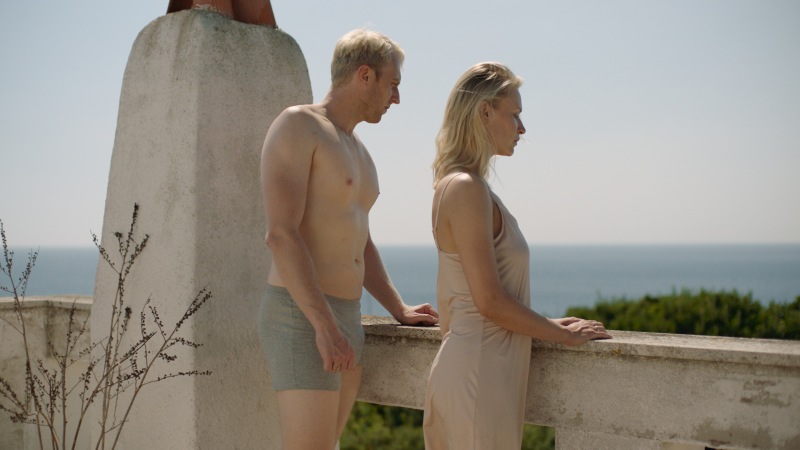 A perfect bourgeois couple rents a holiday home on a sunny Italian island. The reality does not live up to their expectations when they find out that the pool in the house is broken. Ignorant of the fact that the island faces water shortage, they ask for someone to fix it. The constant presence of a stranger invades the couple’s idea of safety and starts a chain of events, which makes them act instinctively and irrationally, heading to the darkest place in their relationship. A journey to the darkest corners of human relationships, ultimately exposed to broad daylight.

Born in 1984. Director, scriptwriter, anthropologist Aga Woszczyńska graduated from the University of Applied Social Sciences (2008) and The Polish National Film School in Lodz – Directing Department (2014). For many years she has been working as Assistant Director in Poland and abroad. Her short films were presented and won awards at numerous film festivals, including Cannes Film Festival, Helsinki International Film Festival, T-Mobile New Horizons, and have been brought by national and international TV channels. Her graduation short film Fragments had its international Premiere at Cannes Film Festival in the Directors' Fortnight (Quinzaine des Réalisateurs). She is currently working on her second feature, Black Water.