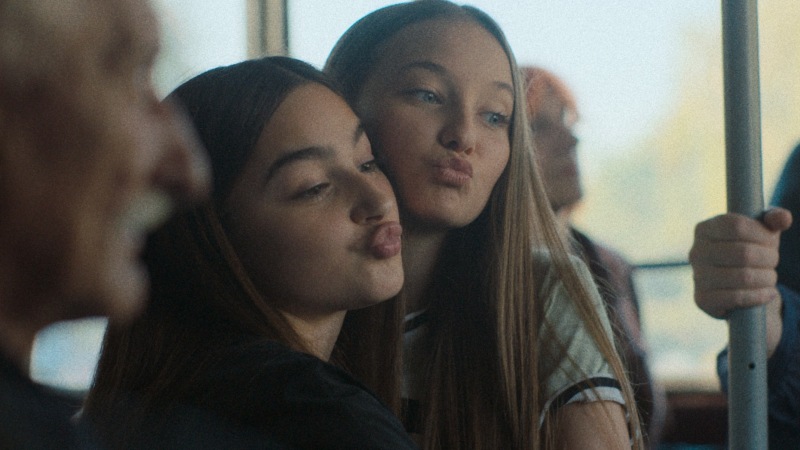 Teenagers Maya and Jana are inseparable and do everything together. Headstrong Jana usually takes the lead and Maya follows. One night at a party they catch Elena, the most popular girl in school, having sex on video with Maya’s long-term crush. Jana convinces Maya to post the video and when it goes viral, Elena’s life is ruined. A heated confrontation between the three girls leaves Elena missing and Maya wanting to go to the police… But that isn’t what Jana wants… A coming-of-age story about the breakdown of a friendship between two teenage girls, a story exploring the social media bullying phenomenon spreading amongst adolescents.

* This designation is without prejudice to positions on status and is in line with UNSC Resolution 1244/1999 and the ICJ opinion on the Kosovo declaration of independence.

Dina Duma was born in 1991 in Skopje, North Macedonia. In 2014, she graduated from the Film and TV Directing Department of the Faculty of Dramatic Arts in Skopje, and in 2016 she attended the Berlinale Talents program. Dina has made several short films. Sisterhood, her debut feature, premiered in the East of the West competition at Karlovy Vary Film Festival.