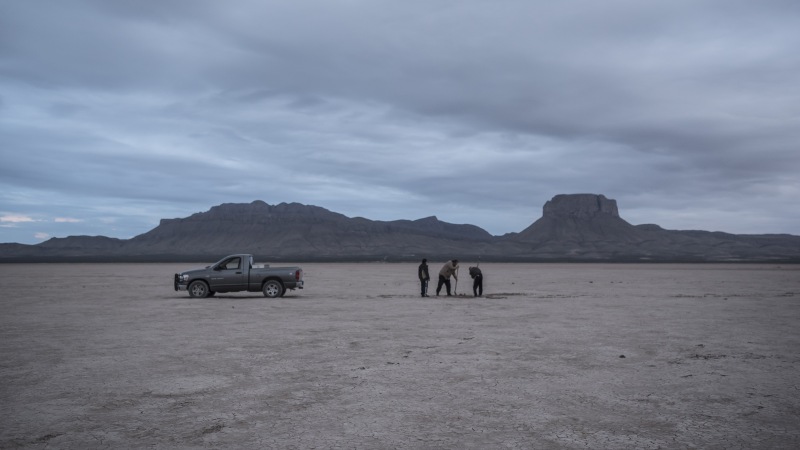 Hatzin, a young teenager from Mexico City, travels to collect the remains of his father, which have been found in a communal grave amidst the huge skies and empty landscape of Northern Mexico. But a casual encounter with a man who shares a physical resemblance with his father fills him with doubts and hope about his parent’s true whereabouts. Filmed in a factory in the border town of Ciudad Juárez where many young women in the region have disappeared, the film presents at once a heart-rending study of fraught familial loyalties and a searing look into the criminality at the heart of Mexico’s manufacturing industry.

Lorenzo Vigas (1967) is a Venezuelan director, screenwriter and film producer. Born in Mérida, the son of the painter Oswaldo Vigas, Vigas graduated in molecular biology at the University of Tampa. In 1995 he studied cinema at New York University and started directing several experimental films. Back in Venezuela in 1998, he directed the RCTV documentary series Expedición and various documentaries and commercials. With his first feature film From Afar, Vigas won the Golden Lion for best film of the 72nd edition of the Venice Film Festival, as well as two awards at the Thessaloniki International Film Festival.