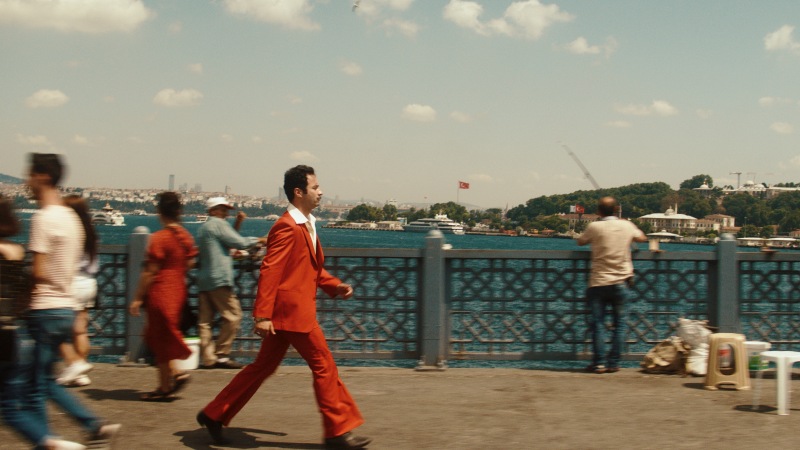 Long-suffering mall cop Cemil auditions for the bad guy role in a remake of a Turkish B-movie from the ‘60s from the so-called Yesilçam era. Even while teaming up with a female colleague whose father played the vintage bad guy, Cemil doesn’t have a chance in hell. A true underdog, he keeps pushing for the role until the role gets him…

He was born in Istanbul. After his visual arts education, he worked as a graphic designer, art director, and commercial film director. In 2009, he made his first short film, Slippers, and then went to New York and studied cinema at NYU. He continues to shoot feature and short films, commercials, music videos, and animations, creating his own visual language. His first feature, The Cemil Show, made its world premiere at the 50th Rotterdam Film Festival.