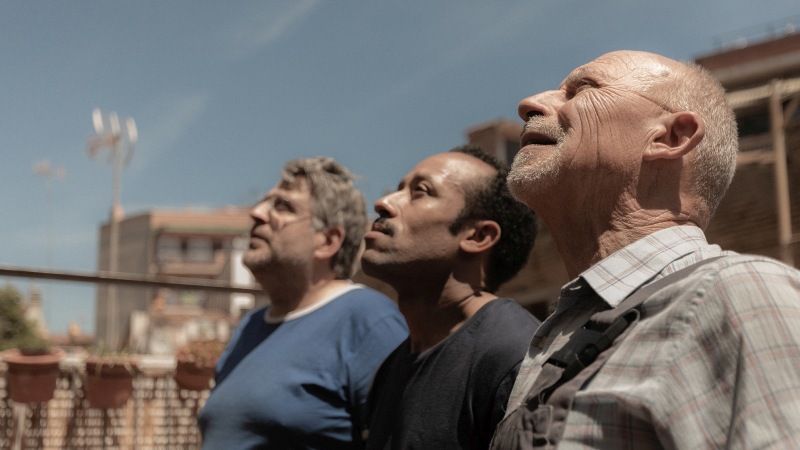 The story of a week in the life of Moha, Valero and Pep – who are working in a small plumbing and electricity company in the outskirts of Barcelona: they are the guys who enter your home and fix what’s broken. Moha, the youngest, is on a one-week trial period with the company. He is shy but does surprisingly well with customers. Moha is set to replace Pep, who is about to retire. However, Valero is not at all comfortable with Pep retiring. He doubts Moha has what it takes, or that customers will accept a Moroccan worker. Maybe six days are not enough to make somebody change, to make him overcome his prejudices or make a new friend. But it’s possibly enough to discover that we have to live together: one small step for a plumber, but a giant leap for mankind. A documentary film structured like fiction, which (below this surface of a light-hearted comedy) engages with one of the more pressing challenges of our time: how to understand one another.

Neus Ballús is a film director and scriptwriter. Her first film The Plague (2013) premiered at Berlinale Forum and was nominated for the European Film Awards, LUX Prize and Goya Awards, in addition to receiving over twenty international awards. Her second feature, Staff Only (2019), starring Sergi López, premiered in Berlinale Panorama, was screened at more than thirty festivals and was released in over 100 theatres throughout Spain and France. Ballús’s work has grown out of the fertile soils of genre hybrids, dealing with some of the most relevant contemporary issues, such as racism, post-Colonialism and social inequalities. She has been considered by The Hollywood Reporter and Variety to be among the leading filmmakers of Catalonia’s New Wave.