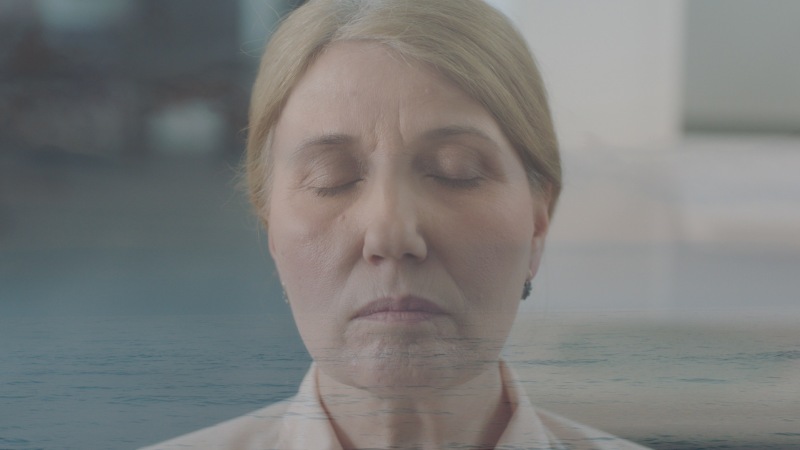 Vera is a middle-aged sign language interpreter, who leads a well-structured life: a wife to a renowned judge, a supportive mother, and a caring grandmother. Her serene life is disrupted by her husband’s suicide followed by an unwelcome, menacing parade of men who claim to have ownership over their village family house. When the tendrils of an underworld scheme begin to surface, Vera’s world will face danger and seem ready to collapse. Fear and mistrust will force Vera to take the family’s fate into her own hands. An intimate yet universal portrait of a woman, who has to face the raw reality of going against the deep-seated gender issues of our times. A film that unveils a merciless postwar society entangled in corruption, where women can only be collateral damage of yet another highway in the making.

Kaltrina Krasniqi is an award-winning, Kosovo-based film director and media specialist working in film, television, and online publishing since 2001. She is a founding member of the Kosovo Oral History Initiative – an online archive where personal histories of individuals from various paths of life are recorded and published. She also co-founded a popular Prishtina café-bookshop Dit’ e Nat’ – a non-formal setting for the promotion of film, literature, and music. Kaltrina graduated in Film Directing in the University of Prishtina in 2004 and in 2011 completed her MA in Kosovo’s Institute for Journalism and Communication. In 2015, she continued working on her expertise, following studies at the University of California, Los Angeles, focusing on Film Producing.

Vera Dreams of the Sea