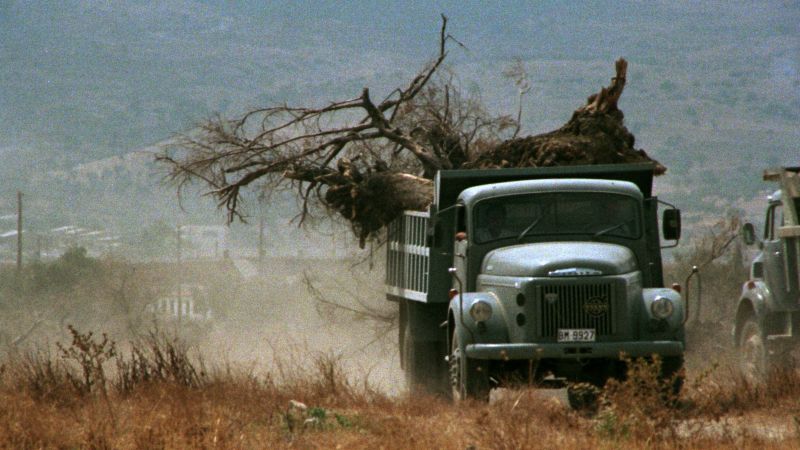 The uprising of the inhabitants of Megara against the Junta's decision to expropriate a large rural area for the installation of an oil refinery, and the final outcome of their struggle. At a time when ecology and environment are still unknown terms in Greece, the film gives voice to the farmers and creates a space for them to narrate their experiences and express their emotions. The film’s verité language and the farmers, who are the victims of an inhuman economic transformation, manage to identify deeper causes and effects behind the level of the visible. With a gaze that is not only probing but also socially aware, it takes notice of the agonies of a class of people, whose voice rarely finds its way in the cinema with such clarity and directness, carving the image of Greece at the crossroads, through human faces, instinctive words and a nightmarishly decadent landscape. As one of the most serious ecological disasters the country has ever seen takes place, the two filmmakers document it, with dynamic cinematic language, in one of the most important documentaries of contemporary -not just- Greek cinema. This purely political film was the first eco-themed Greek documentary and was awarded at the Berlin and Thessaloniki International Film Festivals, marking the beginning of a great journey for its two important creators. Sakis Maniatis, who later worked as director of photography on films such as "Karkalou'' and "Order", and George Tseberopoulos, whose deeply person-centered cinema never ceased to be in dialogue with an anxious society in constant change.