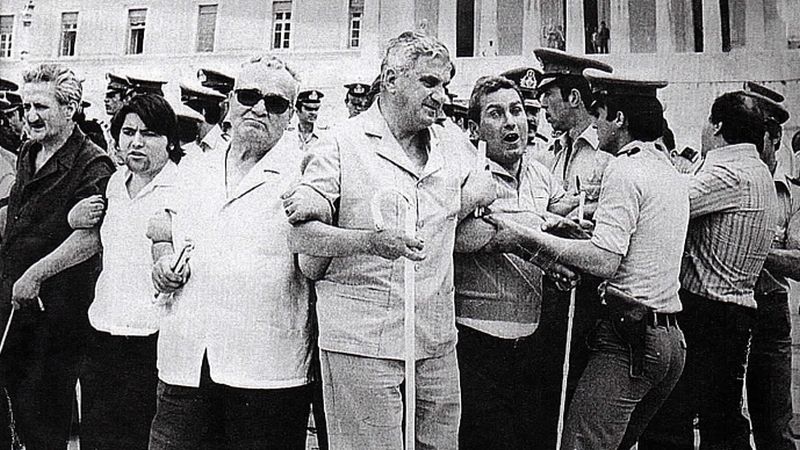 Starting from the harsh reality and the indifference with which thousands of blind people in our country are treated, the documentary follows their impetuous two-year rebellion (1976-77). In these demonstrations, over 15,000 blind people raised their voices, demanding to put an end to their oppression and exploitation by the state and the charity circuits. Under the slogan "Bread, Education and not Beggary", 300 people occupied the House for the Blind and put their problems on the table, achieving the first victories. In the agitated climate of the post-regime-change period, after the fall of the Junta, this struggle of the Blind takes place at a time when social relations are being redefined, determining the direction of the country for the decades to come. Hadjimichali-Papaliou powerfully captures the pulse of the events and the first steps towards a better tomorrow. Her film even succeeds in giving a substantial answer to the question of whether cinema can change the world, as the film itself eventually became part of the struggle it depicted, helping to make the demands of the movement more widely known and establishing a current of support, in the face of the exploitation and consecutive persecution of the insurgents, the supporting press and the director and her film, which had been banned by the House of the Blind on the grounds that its content was offensive to "the Church and the State". Through the screenings of the film in Greece and abroad, thousands of signatures were collected to support the struggle of the blind, from people such as Jean-Paul Sartre, Simone de Beauvoir, Costas Gavras, Yves Montand, Simone Signoret, Mikis Theodorakis, Michel Foucault, Ray Charles. An example of a pivotal cinema of strong social character, which has been in the Film Archive of the Georges Pompidou Centre since 1980. The film will be screened in a newly restored digital copy (DCP), created for the purposes of the event “Motherland, I See You”, with English subtitles.

The Struggle of the Blind