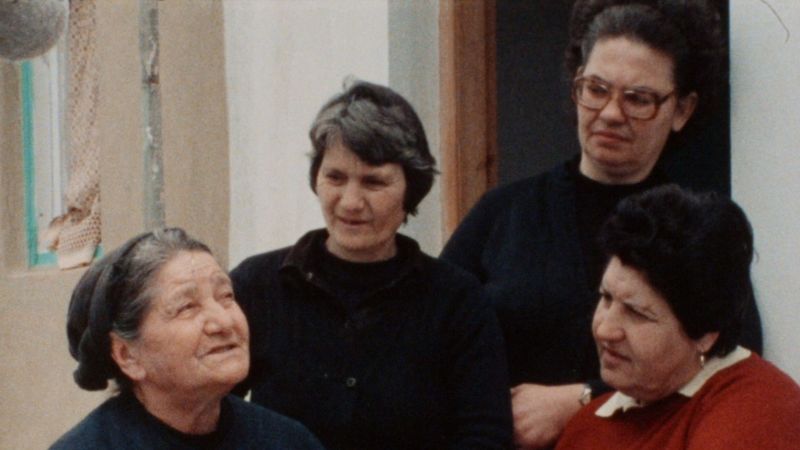 On the island of Fournoi in Ikaria, a researcher observes the life of the inhabitants. He has no script or questions prepared; he merely observes. The island thus comes to life before our eyes, through its people, through memories, through struggles and daily toil. On the island, men are sailors and women have taken on all the jobs that one would more conventionally expect men to perform, from construction to farm work. Alinda Dimitriou and Nikos Kanakis’s camera captures the relations between the two sexes and how the division of labor is a key gear in the operation of the social machine. This is one of the first documentaries by Alinda Dimitriou, who throughout her career has served activist documentary filmmaking, connecting social observation with the exploration of the women’s position in Greek society in recent decades. It is also one of the most important works of the editor and director Nikos Kanakis, who, having completed his documentary series Greece of the 5 Oceans, applies his expertise and vision here, onto a smaller but denser semantic canvas. With great dedication to oral history methodology, where history is narrated through the experiences of the witnesses themselves – usually with no outlet or voice of their own – Dimitriou and Kanakis perfect a kind of political documentary that does not remain in sterile recording but connects observation with ideology and the social paradigm. Their anthropological gaze provides a roaring platform for voices marginalized by the official history records. The case of Fournoi perfectly points this out, as feminism develops organically, due to the economic and social conditions on the island. The film will be screened in a newly restored digital copy (DCP), created by the Ministry of Culture and Sports, for the purposes of the event Motherland, I See You, with English subtitles and Greek subtitles for the Deaf or Hard-of-Hearing (SDH).