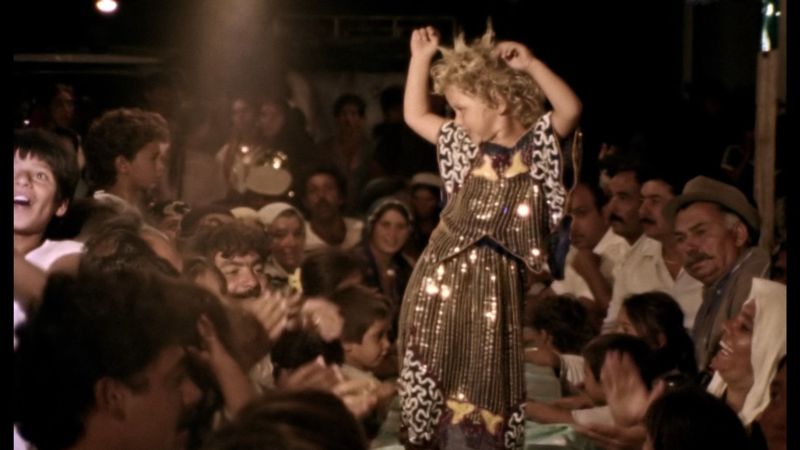 In 1979, the UN recognized the Roman tribe by its ancestral name, ROM. A decade later, this daring documentary pioneered in using the term for the first time in the Greek public sphere and attempted to give a true picture of the Romani people in Europe, following four different paths expressed by four narrators. The Teacher presents the roots of the Roma, analyzing the rare historical references as though reading from the margins of History. The Photographer documents in pictures the present of a people who have never had a written tradition or an official history. Tamara guides us through ancient myths, stories, and terrors expressing an entire common history, while Aima introduces us to the gaze of a new generation that looks to the future, seeking a new identity tied to the present day. Thematically and stylistically daring, a pioneering avant-garde documentary produced by public television–which was nonplussed by the contents–Karamaghiolis’s film was met with resistance, censored in its time, and provoked strong reactions, diving deep into a side of Greece that many would prefer to pretend did not exist. Skillfully interweaving myth with historical truth and touches of magic with sociological observation, Karamaghiolis abandons the linear narrative approach and traces the historical evolution of Roma tradition within a social context of violent rejection. The persistent leitmotifs of music and imagery play a cohesive part, stressing the associative dimension of the film yet further: a dimension that does not follow the course of logic but the trajectory of adventure, and which, by insisting on the charm of the incidental, comes as close as possible to gypsy fairytales. A landmark in the history of Greek documentary, hailed as “a masterpiece that must become a classic of the history of cinema,” Karamaghiolis’s film is a formally adventurous example of social and political cinema which decisively investigates the idea of identity. The film will be screened in a newly restored digital copy (DCP), created for the purposes of the event Motherland, I See You, with English subtitles and Greek subtitles for the Deaf or Hard-of-Hearing (SDH).