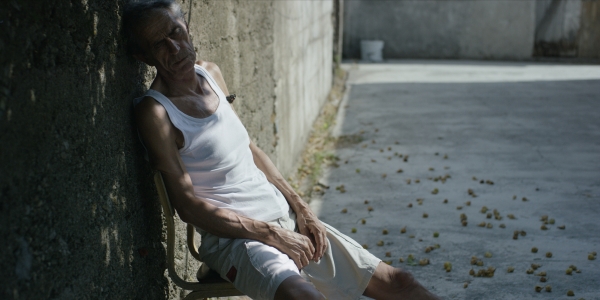 After losing her job as a hostess aboard a ship, Sanja finds herself stranded, with nowhere to go but home. Returning to her small coastal hometown in Montenegro, she discovers the shipyard has filed for bankruptcy, leaving many people out of work. Boats covered with tarpaulin are scattered around the forgotten landscape, set aside for better days. A storm comes and one life is lost, while Luka waits for the night in the woods, a night in which everything could change.
Screening Schedule

Ivan Salatić was born in Dubrovnik in 1982 and grew up in Herceg Novi. After finishing art school in Belgrade, he started getting involved in film. He graduated from the Faculty of Dramatic Arts in Cetinje. With his short films, in which he combines documentary and fiction, he participated in many international festivals, most importantly in the Venice Festival 2015 with his short film Backyards. He has completed the Master Film Studies at the HFBK in Hamburg and is currently working on the finalization of one fiction and one documentary feature.

You Have the Night