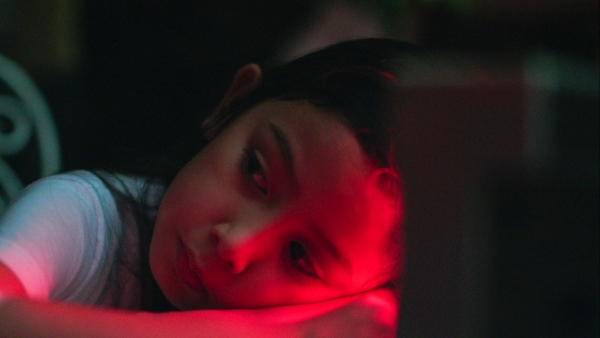 Shireen Seno was born to a Filipino family in Japan, where she spent most of her childhood. She graduated from the University of Toronto with a BA in Architectural Studies and Cinema Studies. She started out in film shooting stills for Lav Diaz and John Torres before going on to direct her debut feature, Big Boy, which premiered at Rotterdam 2013 and went on to screen at international film festivals. Big Boywas the opening film of Hors Pistes Tokyo, organized by the Centre Pompidou, and won the prize for Best First Film at the Festival de Cine Lima Independiente.

2012 Big Boy
2014 Shotgun Tuding (short)
2018 Nervous Translation
An introverted eight-year-old girl who grows up in Philippines in the turbulent 80s gets acquainted with the adult world through a series of small mimetic rituals and technologies that are still unknown to her. While her mother is working at the factory, she watches TV soap operas with her grandmother and secretly listens to her father’s voice on the tapes he sends them from where he lives, a thousand miles away. Till one day, the girl records something over a voice message... The delicate nature of personal and collective memory, and the bright abyss of childhood are “translated” into images in a tender but harsh film that gives attention to detail.
Screening Schedule