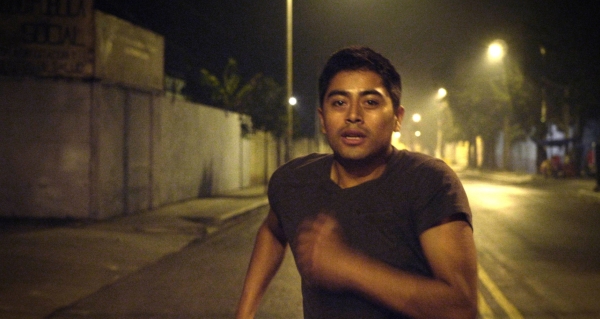 Originally from China, Li Cheng moved to the USA in 1999 and is now a world-nomad: Latin America, Asia, Mediterranean, Africa. Key references: Italian neorealists, Hou Hsiao-Hsien (The Boys from Fengkuei, 1983). Key themes: struggle, crisis, hope. For his film José (2018) he conducted research in 12 Latin American countries and lived in Guatemala for most of two years – one of the world’s most dangerous, religious, impoverished and socially conservative countries. He uses “Yiqing” as his nickname. Cheng holds a PhD from Rutgers University, USA.

2014 Joshua Tree
2018 José
The film that received the Queer Lion in the last Venice Film Festival is introduced as a “simple story about love.” Yet nothing is really simple in Guatemala city, a capital that sinks due to overpopulation, violence, and poverty. José is 19 years old, he lives with his mother and spends his money on rent-by-the-hour hotel rooms, where he gets physical with the boys he meets everyday through a mobile app. Things will change when he falls in love with Luis, a construction worker that dreams of another life and challenges José with an important dilemma. Shot exclusively with locals that had no prior experience in acting and faithful to the neo-realist tradition, the film is the fruit of the director’s long research on 12 Latin American countries, and the extensive interviews with the local youth.
Screening Schedule