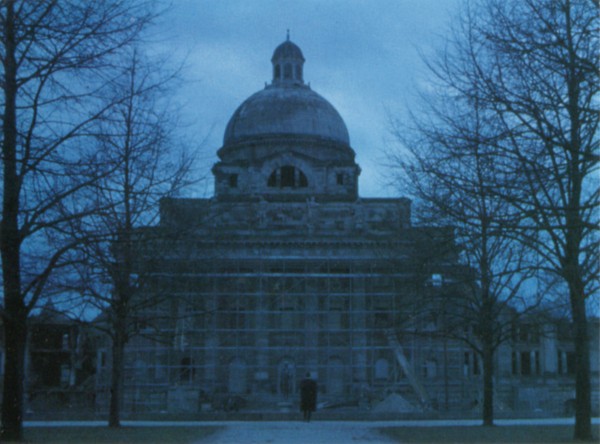 In my film I suggest that there is no greater mystery than that of the protagonists. War and Love are simply equated for what they are; the aftermath is inevitable, and a normal human condition, for which – like the ancients – one can only have pity and understanding. In this lies the mystery. All else is irrelevant. That there are other subcurrents of equal power in The Mysteries goes without saying; and those who are capable of the numerous visual visitations and annunciations which the film offers will realise what is the Ultimate Mystery of my work. (Gregory Markopoulos)
Screening Schedule

Born in Ohio in 1928 to Greek immigrant parents, experimental filmmaker Gregory Markopoulos began making 8mm films at the age of 12. In 1967 he left the United States for permanent residence in Europe. Gradually, Markopoulos ensconced in self-exile, withdrawing his films from circulation and refusing to give any interviews. While he continued to make films, his work went largely unseen for almost 30 years.