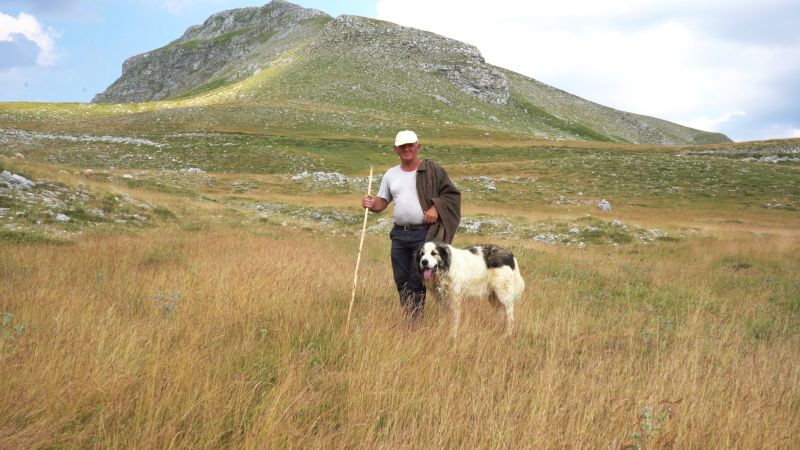 Nikos Gkizas, Dimitris Geitonas, and Elias Balafas make the same appointment each year at the same time, at the foot of Mount Lakmos, in the village of Syrrako, to retrace the same, familiar, route up to the pastures together with their animals, at altitudes of over 1700 meters. They deliberately chose the shepherd’s life because they believe they belong on the mountain. Apart from Giorgos Vaitsis, Konstantinos Antonis, Kostas Gerodimos, and Vassilis Dodoros, the story also puts another character in the frame, the most unpredictable and seductive of all: Mount Lakmos itself.