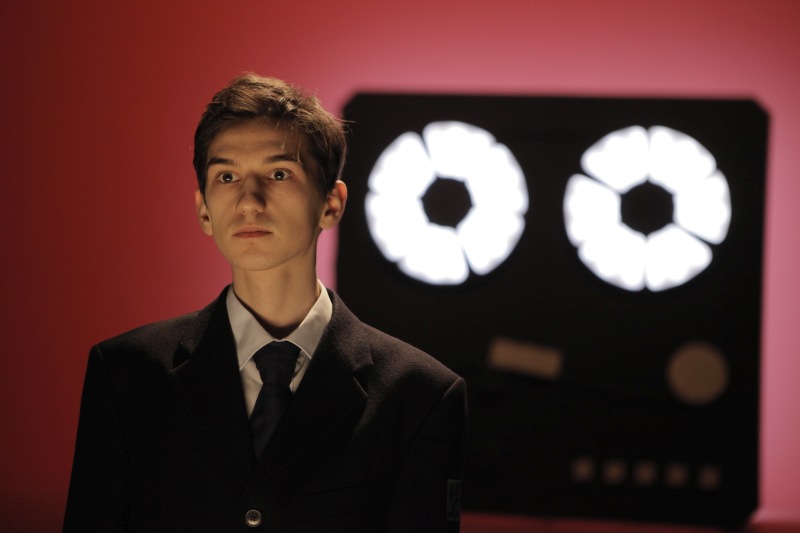 1981, in a provincial Romanian town. Uppercase protest messages, written in blue chalk,come as a thunderbolt for Ceausescu’s totalitarian regime. The Secret Police launches exhaustive investigations, suspecting foreign agents. Eventually, the “terrorist” turned out to be Mugur Călinescu, a 16-year-old student guilty of the most abominable crime: free thinking. Radu Jude makes exemplary use of the archival material, merges the personal with the collective, and sheds light on the heartbreaking story of an unsung hero.

Radu Jude is a Romanian director and screenwriter. In 2006, he made the short film The Tube with a Hat, winner of more than 50 international awards. Jude's feature debut The Happiest Girl in the World (2009) was selected for more than 50 international film festivals. Titles such as Aferim!, Scarred Hearts and Everybody in Our Family followed and won multiple awards: Silver Bear for Best Director in Berlinale 2015, Special Jury Prize in Locarno 2016 and an EFA nomination for Best Scriptwriter. "I Do Not Care If We Go Down in History as Barbarians" (2018) won the Crystal Globe for Best Film and Label Europa Cinema Prize in Karlovy Vary in 2018. His latest feature, Bad Luck Banging or Loony Porn, won the Golden Bear in Berlinale 2021.