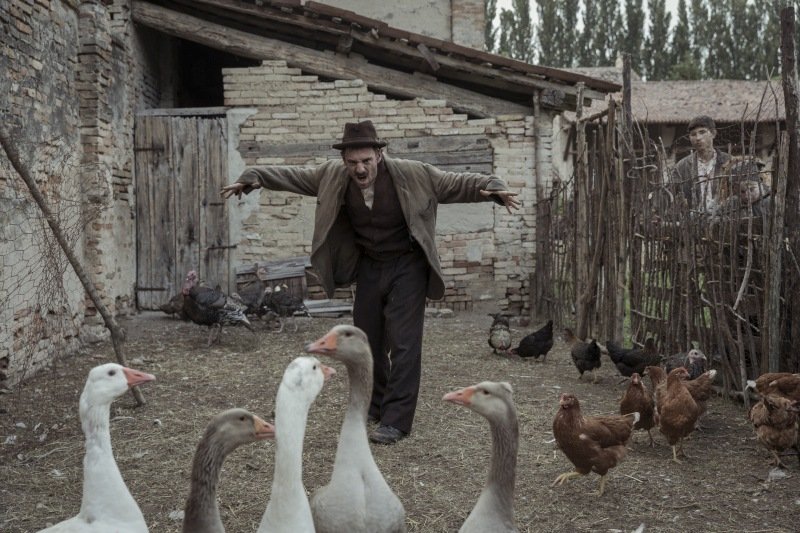 Toni, an orphan of Italian origin, is deported from Switzerland to Italy, where he lives in abject poverty on the banks of river Po. Physically deformed and mentally disordered, Toni is marginalized and humiliated by a society hateful of any suspicion of divergence. Ultimately, he finds refuge in painting, channeling his bitterness and dire need for acceptance. A gripping biopic featuring painter Antonio Ligabue that exalts art’s redemptive powers, while praising the values of diversity.

The director, screenwriter and producer was born in Bologna, Italy, in 1959. His debut feature film, Il vento fa il suo giro, screened at over 60 festivals around the world and won some 40 awards. His second feature, L’uomo che verrà, premiered at Rome Film Fest where it won a number of prizes as well as securing three David di Donatello and three Nastro d’Argento awards. Un giorno devi andare screened in the World Cinema competition at the Sundance Film Festival.