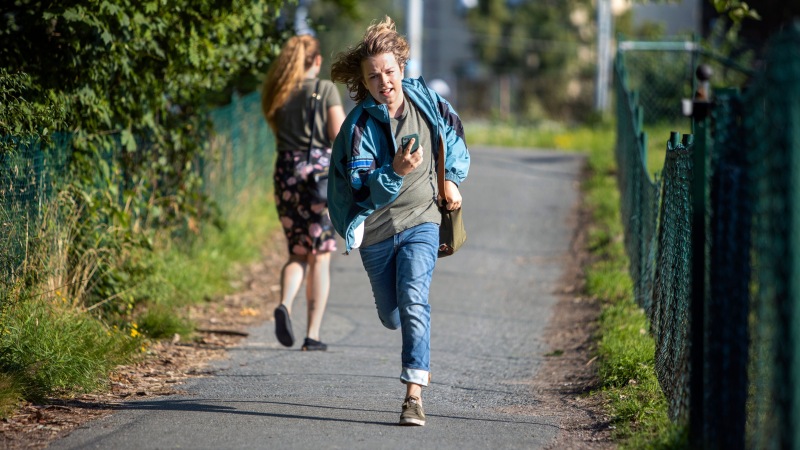 Falling in love for the first time. How do you know? What do you do? When Adam starts a new school, he meets Eva. Suddenly, everything is different. Eva just sealed an anti-boy pact with her best friend Annika, because boys are all so immature. But nothing is as wonderful as your first love. And nothing is as hard. When Eva and Adam meet at Ryska Posten, they can’t stop their flood of emotions. Finally, they find the courage to choose what they want most of all: to love each other.

​​Caroline Cowan (1968) holds a BA in Film (with honors) from the prestigious Central Saint Martins College in London and is the director of numerous acclaimed short films and TV series. The premiere of Cowan’s short Departure took place in 2007. The film was very well-received and was nominated for Best Short Film at the Venice Film Festival. The year 2014 marked the release of Joy, a children’s drama series both written and directed by Cowan. Joy offers a humorous and insightful look into contemporary life in Sweden, narrated from the perspective of a mixed-heritage Swedish family. The series was nominated at the Prix Jeunesse, the world’s oldest and most esteemed children’s TV festival. Caroline has also directed several episodes for the crime series Arne Dahl, which has garnered great success both in its native Sweden and abroad. Cowan is currently involved in the development and production of multiple new projects, including the feature film Eva & Adam.