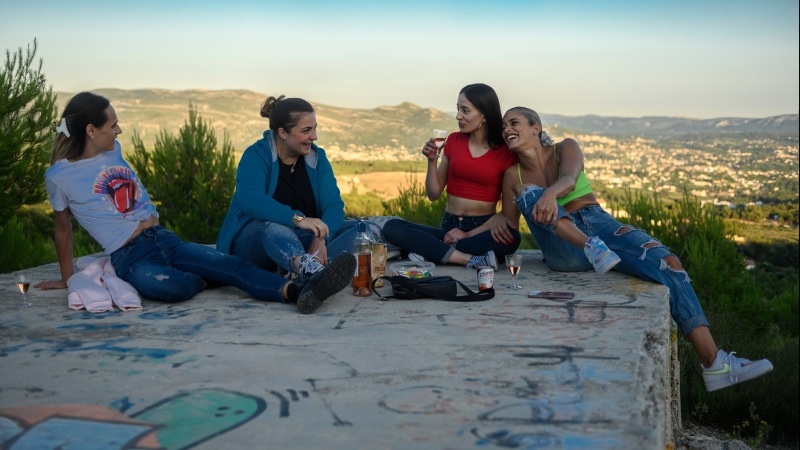 Nora, a cleaning lady in her fifties, looks after her small family in a housing estate in the northern part of Marseille. She is worried about her grandson Ellyes, who has been in prison for several months for robbery and is awaiting his trial with a mixture of hope and anxiety. Nora does everything she can to make this wait as painless as possible... A powerful neorealist approach in the vibrant and chaotic heart of a poor Marseille family supported by the pillar of maternal love, shot by one of the most prominent actresses of French cinema.

Hafsia Herzi made her debut as an actress in Abdellatif Kechiche’s The Secret of the Grain in 2007. For this role, she won the Marcello Mastroianni prize at the Venice Film Festival, the César for the best female hope in 2008 as well as numerous acting prizes throughout the world. In 2010 she directed Le Rodba, her first short film. You Deserve a Lover, her first feature film, entirely self-produced, was selected at the 58th Cannes International Critics’ Week and won the Valois of staging at the Angoulême Film Festival in 2019.