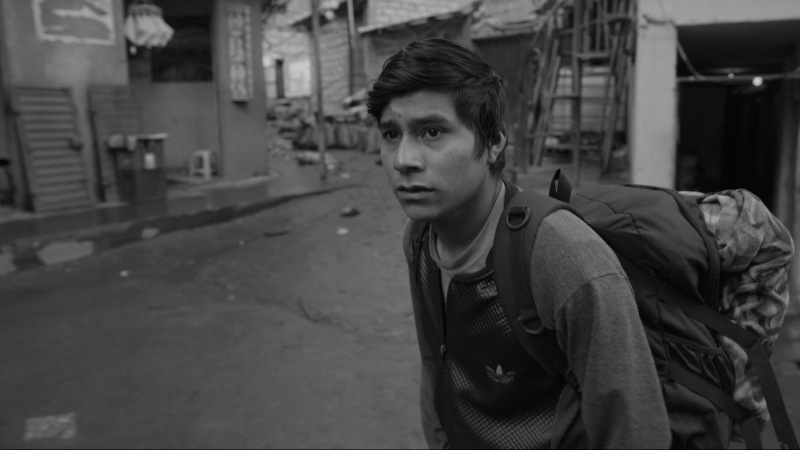 Jorge leaves his moto-taxi business in the suburbs of Lima and his family to seek fortune as a miner, reaching the highest and most dangerous Andean goldmine in Peru. Lost under a glacier in the mountains, La Rinconada is “the closest city to the sky.” It attracts thousands of seasonal workers like Jorge, seeking a lucky strike and a better life. Here starts a journey full of presages, where reality blends with magic, where the myth of richness is built over a sacrifice: every now and then, miners mysteriously disappear, since gold belongs to the Devil, El Tio de la Mina requires sacrifices.

Matteo Tortone was born in Pinerolo in 1982, and graduated in Literature from the Università degli Studi di Torino. In 2011 he completed White Men, co-directed with Alessandro Baltera, which was presented in many other international festivals (BAFICI, Ankara Film Festival) and won the jury prize at the Kazan Film Festival. In 2015 he directed On Opposite Fields, which was presented in many International Film Festival, and won the prize as best film at the Corto e Fieno Film Festival. When Mother Lode was still in development, it won the Eurimages Lab Award (Agorà Work-in-progress del TIFF 2019).