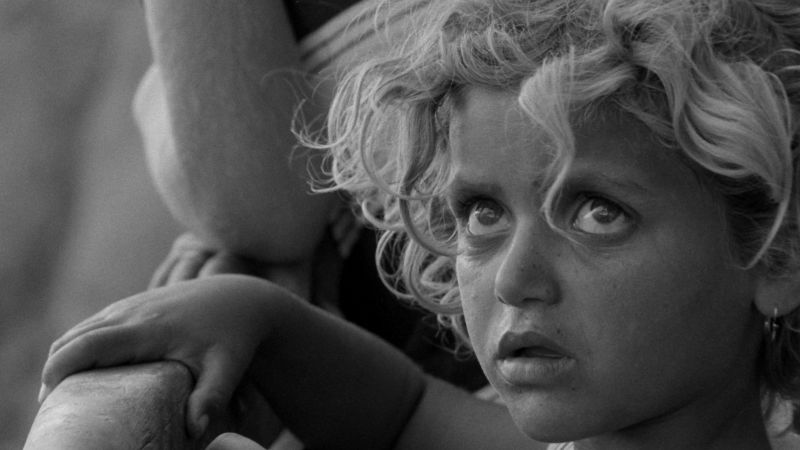 A “visual social research” on Santorini at a time when the primitive agricultural economy gradually gave way to the emerging tourism industry. Its impoverished and malnourished inhabitants are juxtaposed with the evocative beauty of the island, dressed with sounds of Orthodox psalms. Filmed on the island in the summer of 1967, at the beginning of the dictatorship period, this short film uses the powerful counterpoint between the images and music to go beyond the boundaries of a simple folklore documentary and presents itself as a haunting portrait of a two-tier society, an ominous vision of a future that has already been spreading. “Elements of drama, satire, epic and lyricism had to be fused within a music frame that lacks any kind of naturalistic approach, to create anti-metaphysical melodies that stem from tradition while also being a sufferer’s current outcry”, the two directors commented with regards to the rare and exciting cinematic collaboration. The sound design of the film is transformed into a frame of comparison and exposition. Combined with the unique use of editing and cinematography, the film leads the viewer into a deep, shocking journey of observation. Run-down population, a whole structure in the service of the rapid bloom of tourism, in a sharp political precursor of New Greek Cinema, which was to spring alongside the political change-over.The film was bought from, among others, the Museum of Modern Art in New York (MOMA), which included it in its collection. The film will be screened in a newly restored digital copy (DCP), created for the purposes of the event “Motherland, I See you”.