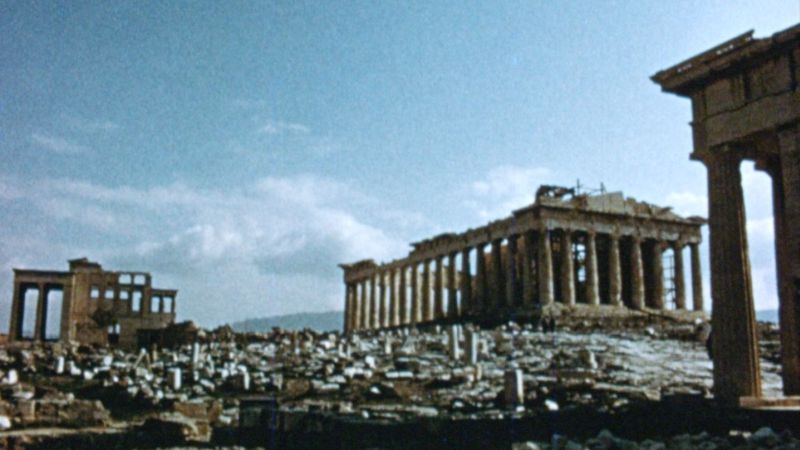 An educational documentary by Robert Manthoulis, Fotis Mesthenaios and Iraklis Papadakis, filmed under the archaeological guidance of Yannis Miliadis, Director of the Acropolis Museum, who is also the narrator. The film is a wonderfully consistent mapping of the Acropolis site, its objects, spaces, iconography, and connection with history and tradition. From the opening moments and the presentation of the complexity and uniqueness of its location, and through the highlighting of every striking detail within a wider artistic context, the film takes us on a journey through time, connecting the centuries of the Athenian history glory to the present day, with the monument framed not only as the glowing monument of an old civilization, but also in relation to its current position above a great, modern city. At a time when the works of Robert Manthoulis were already winning awards and traveling abroad and he, as a member of the “Group of Five,” was passionately promoting the art of documentary filmmaking and public education, Acropolis found distribution in a memorable way, through a screening at the Metropolitan Museum of Art in New York, which led to its sale to a number of universities in America and around the world. The film will be screened in a digital copy (DCP), featuring English subtitles and Greek subtitles for the Deaf or Hard-of-Hearing (SDH).