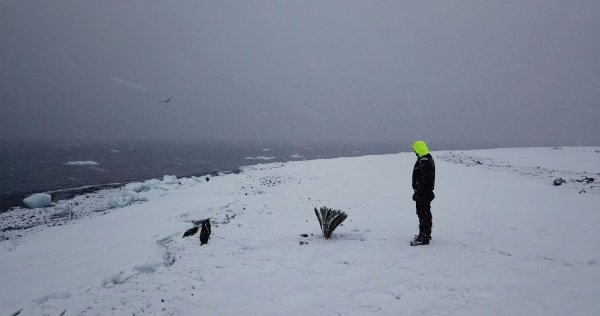 As the climate crisis is reaching the point of no return and artificial intelligence is expanding in unthinkable ways, humanity gradually becomes aware of its inconsequentiality. Set on King George Island of Antarctica, this wildly experimental documentary captures a view of nature beyond our typical perception of reality. In this breathtaking landscape, humans are not the dominant player despite their appalling impact on the environment. Fragments of dialogue and music interrupted by glitches, dissolved subtitles and indefinite sounds compose a haunting and futuristic de-humanized gaze; maybe the glance of a new technological entity that induces a redeeming shift of perspective.