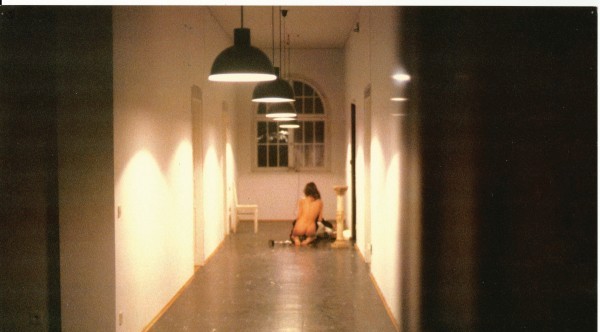 Eckhart Schmidt is a German director, writer, producer, photographer and journalist.Unlike the majority of his contemporary German film colleagues, Schmidt was more focused on the younger audience. He is also the creator of punk magazine Die Sau, where a lot of cutting-edge musicians participated, such as David Byrne and Patti Smith. His commercial breakthrough came with the movie The Fan, which tells the story of a girl obsessed with a pop star. Since the mid-90s, he has mostly been making television documentaries.

1964 Nachmittags (short)
1970 Männer sind zum Lieben da | The Girls from Atlantis
1982 Der Fan | The Fan
1983 Das Gold der Liebe | The Gold of Love
1985 Alpha City
1991 Nach Hollywood - Douglas Sirk erzählt | From UFA to Hollywood: Douglas Sirk Remembers (doc)
1992 Undine
1996 Broken Hearts
2000 Internet Love
2002 24/7 - Sunset Boulevard
2003 Federico Fellini - Mit den Augen der Anderen | Federico Fellini - Through the Eyes of Others (doc)
2016 Love and Death in the Afternoon
2018 Colour of Love
Seventeen-year-old Simone has developed a morbid obsession over the latest teen pop sensation. As she decides to hitchhike to Munich to meet him in person, things are about to get a decidedly twisted and bloody turn. A cult feminist icon of the 80s West German cinema, in which the heroine’s outburst is not fixation-driven, but rather the result of an unpleasant discovery: the object of her desire is equally integrated into the same patriarchal world she hopes to flee through her fantasy. The latest and enhanced model of a control system that has simply re-skinned into a more attractive outfit.
Screening Schedule