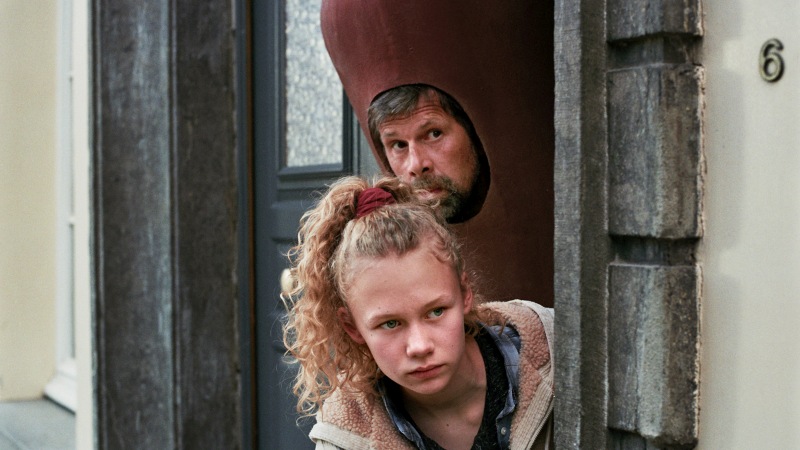 When Paul decides to give up his boring but steady office job as a banker, this does not go down well with his children. Their dad wants to pursue his dream and become an actor. Is it burnout? A midlife crisis? When his ambitious wife Véronique comes home from yet another business trip and hears the news, there’s no telling where it will stop. The Schutijzers are a pleasantly disturbed family, but this is going a few bridges too far. According to Véronique, Paul must come to his senses. His youngest daughter Zoë is the only one who believes in her father. She encourages him and joins him in his adventure. What at first seems to be a ridiculous plan, doomed to fail and threatening to tear the whole Schutijzer family apart, ends up being a funny, exciting, and moving journey that awakens and enchants the whole family.

Born in 1989, Anouk Fortunier studied both journalism and audiovisual arts. The short film Drôle d’oiseau (2016), her graduation film at the Luca School of Arts, garnered several international festival selections and awards. Domestically, the film won the audience award at the Film Fest Gent and the VAF Wildcard and prize for best debut at the Short Film Festival Leuven. Fortunier also gained a lot of experience in different positions in the cultural and audiovisual sector, including production assistant for Jaco Van Dormael’s Le Tout Nouveau Testament, children’s coach for Gilles Coulier’s Cargo, and Sahim Omar Kalifa’s Zafros. My Dad is a Sausage is her first feature film.

My Dad is a Sausage