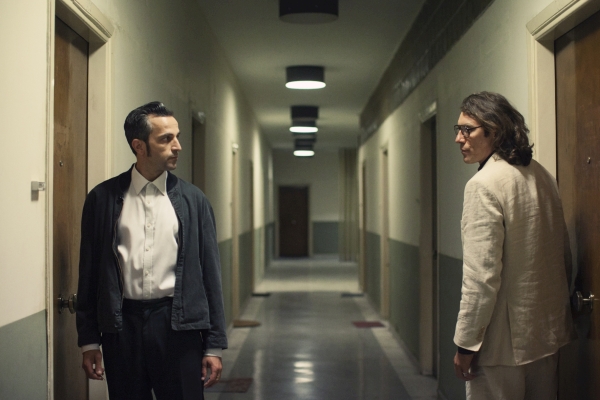 Renos is an old-time waiter with a meticulous routine. He is a loner and an avid collector of information. His repetitive daily routine liberates him from the agony of pursuing the unknown. The unexpected events that invade his life hide many surprises. Will they change him, and how will he react?

BFA in Filmmaking, San Francisco Art Institute. He has directed over 500 TV commercials, short films, documentaries, and theatrical plays. In 2010, he launched the International Film Festival of Patmos. The Waiter is his debut film.