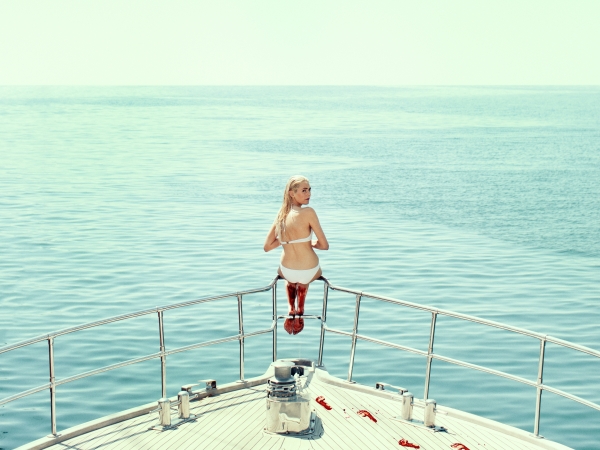 Born 1978 in Östra Ryd, Uppland, Sweden, Isabella Eklöf is a director, screenwriter, editor. She holds a bachelor in Film Directing from the University of Gothenburg (2007) and graduated as director from The National Film School of Denmark (2011). She lives and works in Denmark since 2007. In 2012 she received Bisballeprisen, a Danish art prize, for her work on Notes from Underground (2011). Eklöf also works with editing, screenwriting and translations to and from Swedish, English and Danish and she has published translations and short stories in Swedish.

Sascha visits her boyfriend’s villa in Bodrum, on the Turkish Riviera, full of expectations about revelry and fun till she drops. But in this household of this drug lord, there’s no sense of measure, while violence is the main token of communication. When Sascha turns to another alpha-male, pretenses collapse and she’s forced to deal with the Mob. Focusing with surgical detail on the different, extreme variations of the entrapment of femininity, an established screenwriter and first-time director reveals the agony that is hidden under every bright, sun-drenched surface.