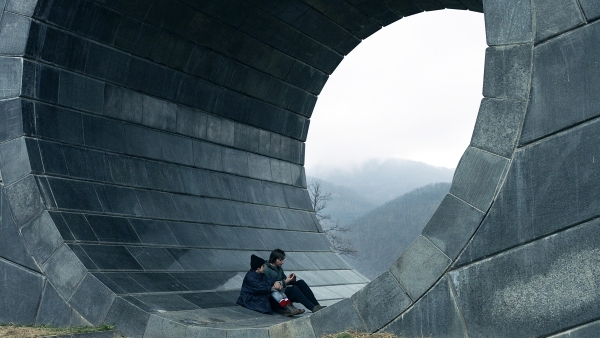 Vlada works as a truck driver during the NATO bombing of Serbia in 1999. Tasked with transporting a mysterious load from Kosovo to Belgrade, he drives through unfamiliar territory, surrounded by different expressions of war. When his job is over, Vlada needs to return home and face the consequences of his actions. A stark look on the baggage of contemporary history and the role of banality of evil in recent war crimes, featuring an amazing protagonist walking the line from defense to guilt and back.
Screening Schedule

Ognjen Glavonić was born in 1985 in Pančevo, SFR Yugoslavia. Zivan Makes a Punk Festival (2014), his first documentary, had its premiere at Cinéma du Réel and has been screened at International Film Festival Rotterdam, CPH:DOX and IndieLisboa, among others. His documentary Depth Two (2016) had its premiere in the Forum section at the Berlinale. He is the founder of Pančevo Film Festival. The Load is his first feature film.