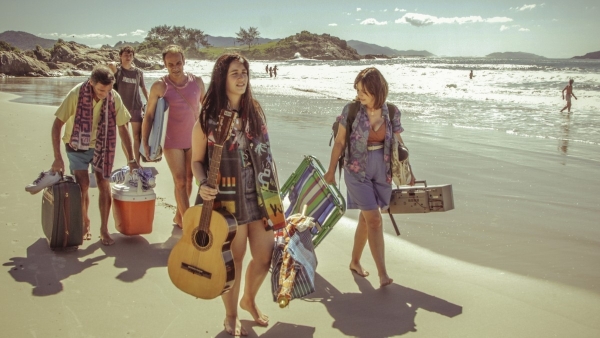 Ana Katz was born in Buenos Aires, Argentina. She’s an actress, screenwriter, director and producer of film and theatre. She’s written and directed plays, and directed various short films which have been presented at international festivals. Her film El juego de la silla won a special mention at the San Sebastián Festival, among others. Her film Mi amiga del parque won the Screenplay Award at Sundance Film Festival.

2002 El juego de la silla | Musical Chairs
2007 Una novia errante | A Stray Girlfriend
2011 Los Marziano
2015 Mi amiga del parque | My Friend from the Park
2018 Sueño Florianópolis | Florianópolis Dream
A middle-aged couple and their teenage children set off from Argentina to Brazil to enjoy what might be their last vacation as a family – as the parents are separated after many decades of marriage. As they’re immersed into the beauty of the picturesque landscape and the warmth of random encounters, young and older heroes learn from scratch the meaning of life that listens to desire. A healing film about summer carelessness, which is not just warmest time of the year, but a conscious way of living.
Screening Schedule