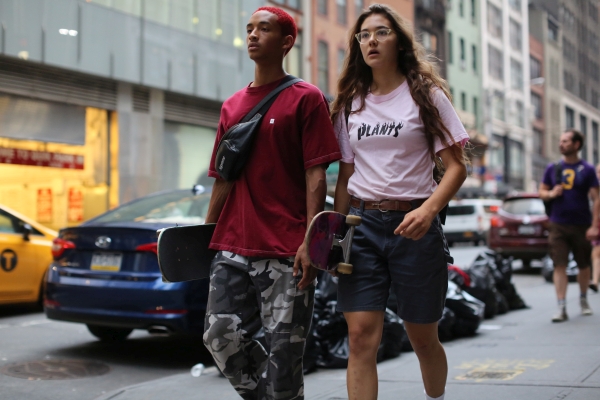 Crystal Moselle is a New York-based director, best known for her Sundance Grand Jury Prize award winning documentary The Wolfpack. In the past she was a producer on the critically acclaimed documentary film Excavating Taylor Mead. In the last decade she has been working with short-form storytelling for publications such as Vice and The New York Times. Most recently she directed a documentary short series for National Geographic entitled Our Dream of Water about women dealing with water crisis in Haiti, Peru and Kenya.

2015 The Wolfpack (doc)
2016 That One Day (short)
2016 Our Dream of Water (doc)
2018 Skate Kitchen
The life of a shy teenage girl from Long Island, whose only friend is her skateboard, changes for good when she meets an all-girl crew with the same passion, wandering in vogue around the world of adults. A female director reads in many ways and with an incredible sense of rhythm the meaning of balancing in a male-dominated world – both in cinema and in the streets of NY – as she works closely with a real collective named Skate Kitchen; other than its photogenic posts on their Instagram page, the group is generous in giving us doses of authentic camaraderie.
Screening Schedule