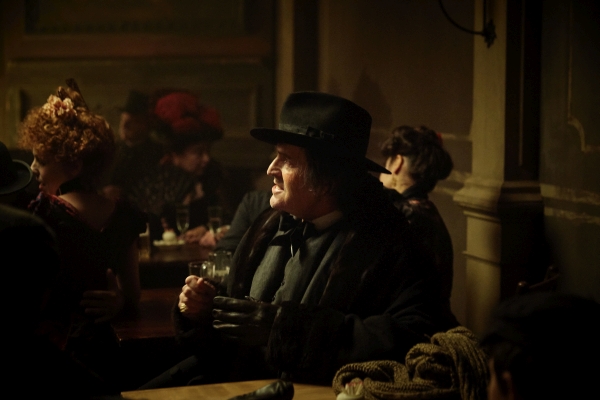 In a cheap Parisian hotel room, Oscar Wilde lies on his deathbed, lost in a vortex of memories. Was he once the most famous man in London? As the former dandy writes the last chapter of his life, he tries to reconcile with the people who worshipped and crucified him. The work of a lifetime by Rupert Everett – who directed, wrote, and stars in this sensual portrait of the artist who established aestheticism – is a love letter to one of the greatest figures in the history of human intellect, but also to those in the gutter who keep looking at the stars.

Rupert Everett first appeared on stage in 1981 as Guy Bennett in the West End production of Julian Mitchell’s play Αnother Country. His first American role was in 1987’s Hearts of Fire, co-starring Bob Dylan. In 1997, Everett’s role in My Best Friend’s Wedding won him both Golden Globe and BAFTA nominations for his performance, as Julia Roberts’ confidante. He has worked extensively in the theatre appearing on Broadway and in London’s West End. His performance as Oscar Wilde in David Hare’s 2014 production of The Judas Kiss earned him the WhatsOnStage Award for Best Actor in a Play. Rupert has written two novels, two memoirs, as well as articles for The Observer, The Times, Vogue, Harper’s Bazaar and Vanity Fair. Rupert lives in England.