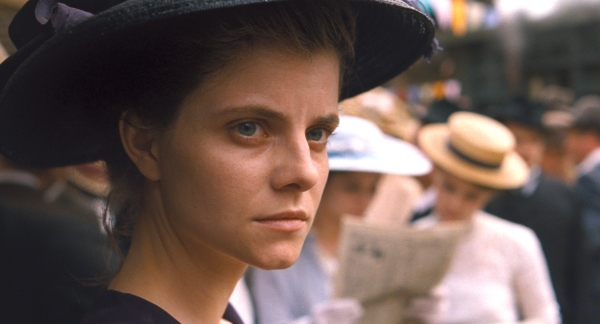 He was born in 1977 in Budapest, Hungary. After studying history, international relations and screenwriting in Paris, he started working as an assistant director in France and Hungary on short and feature films. For two years, he worked as Bela Tarr’s assistant and subsequently studied Film Directing in Νew Υork. His first feature Son of Saul received the Grand Prix in Cannes International Film Festival, the Golden Globe, and the Academy Award for Best Foreign Language Film.

2007 Türelem | With a Little Patience (short)
2008 The Counterpart (short)
2010 The Gentleman Takes His Leave (short)
2015 Saul fia | Son of Saul
2018 Napszállta | Sunset
Long before he shot his acclaimed masterpiece Son of Saul, director László Nemes was thinking of a story with a female protagonist who tries to understand a changing world: a Jeanne d’Arc at the culmination of Central Europe in the early 20th century, before the outburst of World War I. Τhis heroine is Irisz, who decides to return as an apprentice to the famous hat store that once belonged to her parents, but finds resistance from the new owner and former employee. As we follow the character in the labyrinths of her past, we witness the unravelling of 20th century history.
Screening Schedule