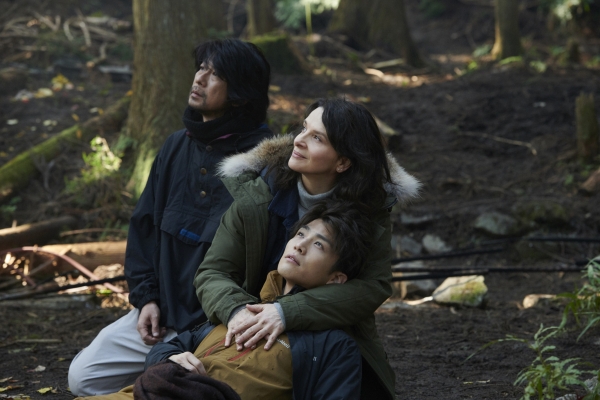 Naomi Kawase became the youngest winner of the Cannes Film Festival’s Caméra d’Or with her first feature, Suzaku (1997). In 2007 she returned to Cannes with The Mourning Forest, winner of the Jury Grand Prix. She opened the Un Certain Regard section at Cannes with An (Sweet Bean) and has competed in its official selection with Hanezu (2011), Still the Water (2014) and Radiance (2017), winner of the Ecumenical Jury Award.

1997 Moe no suzaku | Suzaku
2000 Hotaru | Firefly
2004 Sharasoju | Shara
2007 Mogari no more | The Μourning Forest
2011 Hanezu no tsuki | Hanezu
2014 Futatsume no mado | Still the Water
2015 An | Sweet Bean
2017 Hikari | Radiance
2018 Vision
Jeanne, a French journalist, comes to Japan in search of “Vision,” a rare medicinal herb that grows once in a millenial – every 997 years, in specific – and is said to strip away all spiritual anguish and weaknesses in human beings. Aki, a wise villager who knows the forest well, shares a prophecy about the arrival of the mysterious “One” and then disappears. As Jeanne gets closer to Tomo, the forest’s keeper who was devoted to Aki, a millennial event is taking place in the Yoshino mountains, opening a door to the One and the true potential of human existence. A unique cinematic metaphysical vision, made by the most important directors of the Far East.
Screening Schedule