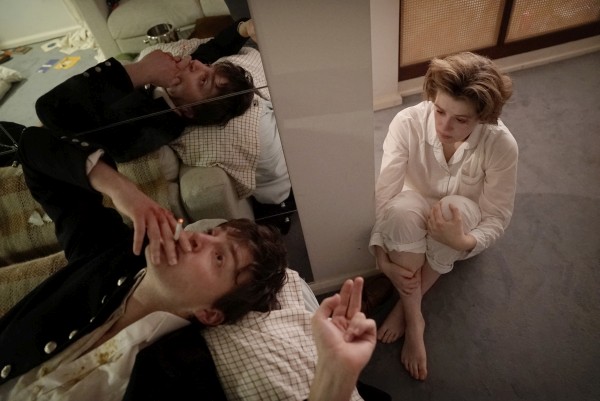 A shy film student begins to find her voice as an artist when she gets engaged in a turbulent courtship with a charismatic but untrustworthy man, breaking free of her overprotective mother and pretentious friends. Gradually though, she slips deeper and deeper into a toxic and emotionally fraught relationship that comes dangerously close to upending her dreams and ambitions. A dive into the soul of the artist, as well as a study on female idiosyncrasy, which combines the virtue of subtle innuendos with exquisite aesthetics, into an evocative and seductive story of late adulthood and painful first love.
Screening Schedule

Joanna Hogg began to incessantly shoot experimental Super 8 films after borrowing a camera from her mentor Derek Jarman. She went on to study direction at the National School of Film and Television and her graduation piece Caprice starred a then-unknown Tilda Swinton. Hogg’s depiction of unarguably middle-class characters has prompted some commentators to see her work as spearheading a new type of social realism in British film. In 2019, the Thessaloniki IFF presented a tribute to her work.