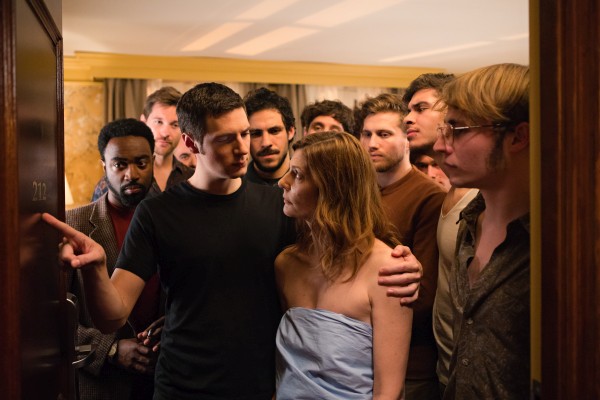 Christophe Honoré was born in 1970 and moved to Paris in 1995, after completing his studies in Rennes. During the second half of the 90s, he juggled several activities at the same time: a film critic (for Les Cahiers du Cinéma), a novelist for children and young adults, as well as a playwright. Α Cannes regular, he has been labeled as the rising auteur of contemporary French cinema.

Maria and Richard have been married for 20 years, when the unexpected revelation of her infidelities casts a heavy shadow on their relationship. Maria leaves the marital home and checks into a hotel room, opposite her apartment, hoping she can now thoroughly observe her life from a distance. Over the course of a hallucinatory night, a swarm of visitors come to her room, stating their own views on her marriage crisis. Amongst them a younger, yet fully aware of the present-day situation, version of her husband. A playful and carefully tuned bedroom farce that navigates through desire, compromise, and nostalgia.

On a Magical Night