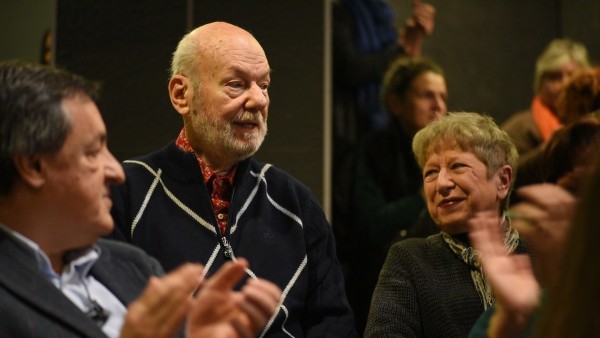 The Makavejev Case or Trial in a Movie Theater is a documentary film exploring the position that artists-filmmakers held in former socialist Yugoslavia. More specifically, it focuses on the political conjuncture and the prevailing ambience within the Yugoslavian society at the time, which led – of course, under the patronage of the Communist Party of Yugoslavia – to the ban of Dušan Makavejev's film WR: Mysteries of the Organism (1971). An in-depth homage to a legendary director, who refused to abide by the rules and changed once for all the course of Yugoslavian cinema.
Screening Schedule

Goran Radovanović was born in Belgrade in 1957 and obtained his Αrt History diploma from the Belgrade Faculty of Philosophy in 1982. Between 1977 and 1980 he sojourned in Munich on a scholarship awarded by the Goethe Institute. After his return to Belgrade, he has worked as a writer and director of both feature and documentary films.

Makavejev Case, or Trial in a Movie Theater