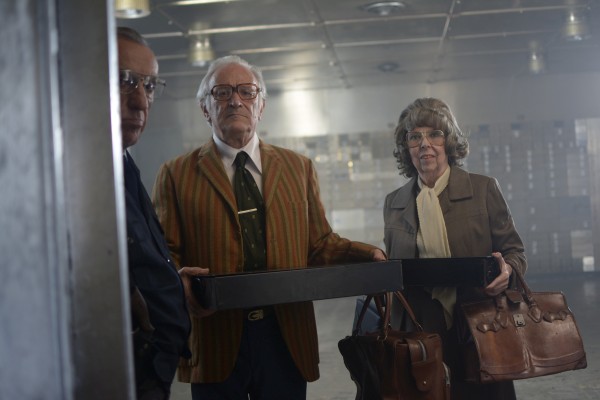 Federico Veiroj is an Uruguayan-Spanish film director, writer, and producer, born in 1976. His first feature, Acne, premiered at the 2008 Directors Fortnight at Cannes and his second film, A Useful Life, premiered at the 2010 Toronto Film Festival. Both films received many awards worldwide and were released in many countries. The Apostate, his third feature and first film shot in Spain, received the Jury’s Special Mention and FIPRESCI award at the San Sebastián International Film Festival. Retrospectives of his work have been shown at the 2015 Viennale Film Festival, the Harvard Film Archive in 2016; and the Swedish Film Institute in 2017.

Montevideo, 1975, a land of milk and honey for crooks and scoundrels. A military junta has taken over power and has transformed Uruguay into the biggest money laundry in South America. We encounter oddball Humberto, who furiously throws himself into the shadowy business of buying and selling currency. Soon enough, he is consumed by his oversized ambition, trampling over everyone and everything in his path. Humberto is now faced with an unprecedented challenge: laundering the largest sum of money he has ever seen. A snarky black comedy, which mines a gloomy period in South American history.